xxxxxIn 1821, after six years of research, the French physicist Augustin-Jean Fresnel confirmed mathematically the wave theory advanced earlier by the English physicist Thomas Young. He was assisted in his work by his fellow scientist and countryman François Arago. He then put his knowledge of light to good use, and designed a compound lens which produced a sharper, brighter beam. This was used in lighthouses - where it provided a light four times more powerful - and proved of value for harbour lights, floodlights and spot lighting in the theatre. He was a member of the French Academy of Sciences and the Royal Society of London. 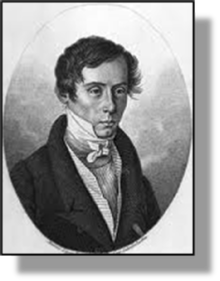 xxxxxIt was during Napoleon’s Hundred Days in 1815 that the French physicist Augustin-Jean Fresnel began work on refining the theory of polarized light. A government civil engineer, he left his post in protest at Napoleon’s return, and it was during a short period of house arrest that he put his mind to the study of optics. By 1821 he was able to confirm mathematically the wave theory advanced earlier by the English physicist Thomas Young, namely that, unlike sound waves, light waves do not vibrate longitudinally but at right angles to the direction of travel.   .

xxxxxFresnel was born in Broglie, Normandy, and went to school in Caen. After studying at the École Polytechnique in Paris, he began work as a civil engineer for the government. Once having established the wave theory of

light - greatly assisted by his fellow physicist François Arago - he put his ideas on light to good practical use. By studying the laws of the interference of polarized light, he pioneered the design of a flat, compound lens which produced a sharper, brighter parallel beam (illustrated). This “Fresnel lens” proved particularly effective in lighthouses, where it provided four times the candlepower of the existing light source, based on the use of mirrors. Over the coming years it also proved of particular value in the provision of harbour lights, floodlights and spot lighting in the theatre.

xxxxxFresnel was a very private man. During a successful career he was made a member of the French Academy of Sciences and of the Royal Society of London, but the pioneer work he achieved was known only to a small group of scientific colleagues. As a result, he received very little public recognition during his lifetime. One of his closest friends was the French physicist and mathematician André Marie Ampère. He lodged in Ampère’s house during the last five years of his life. 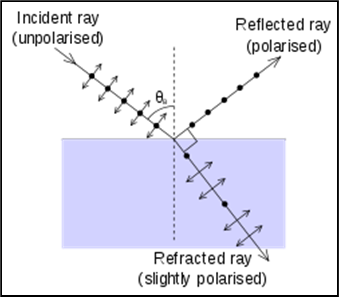 xxxxxIncidentally, a scientist who made a series of discoveries concerning the diffraction and polarization of light was the Scotsman David Brewster (1781-1868). One result of his research was his finding of 1811, known as Brewster’s Law. This states that the tangent of the angle of polarization is numerically equal to the refractive index of the reflecting medium when polarization is maximum. He strongly approved of the Fresnel lens, and played an important part in persuading the authorities to install it in lighthouses. He was knighted in 1831, the year his Treatise on Optics was published. He invented the kaleidoscope in 1816, and published a book on the Life, Writings and Discoveries of Sir Isaac Newton in 1855.

xxxxxThe French physicist and astronomer François Arago (1786-1853) gave substantial help to Fresnel in his research into the wave theory of light. As we have seen, he also studied electromagnetism with the French scientist Andre Ampère, and, later, promoted the photographic process developed by the French physicist Daguerre in the 1830s. In his own research, he was the first to observe the phenomenon of the production of magnetism by rotation - later explained and used by the English scientist Faraday - and, as an astronomer, he measured the diameters of the planets, and put forward the theory that the twinkling of stars was caused by light interference. He also studied the properties of gases, and attempted to evaluate the speed of sound. A staunch republican and social reformer, he took an active part in politics, and was a minister in the provisional government formed after the revolution of 1848. 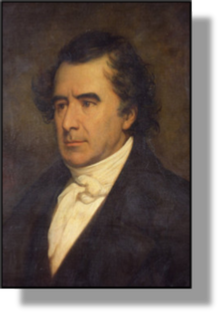 xxxxxAs we have seen, the French physicist and astronomer François Arago assisted Augustin-Jean Fresnel in his work, and made a substantial contribution to his research into the wave theory of light. He is also remembered for the support he gave to other scientists, and for the advances he himself made over a wide range of scientific subjects.

xxxxxHe was born at Estagel, Roussillon, in southern France, and was educated at nearby Perpigan before studying at the École Polytechnique in Paris. It was here that he met Fresnel. He later returned to the Polytechnique as professor of analytical geometry - a post he held from 1809 to 1830 - and he was subsequently appointed the permanent secretary to the Academy of Sciences, and the director of the Paris Observatory. 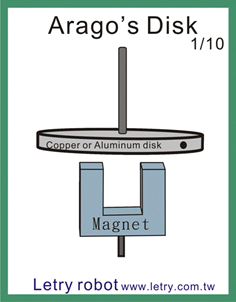 xxxxxArago was interested in a number of branches within science. Apart from optics, he made his greatest contribution in electromagnetism and astronomy. In the first named, he elaborated on the findings of the Danish physicist Hans Christian Oersted, and in 1820 discovered that iron enclosed in a coil of copper wire could be magnetized by the passage of an electric current. Then, four years later, he was the first to observe the phenomenon of the production of magnetism by rotation, using a revolving copper disk to deflect a magnetic needle suspended above it. The disk came to be known as “Arago’s disk” and the experiment itself as “Arago’s wheel” (illustrated here and below).

xxxxxHis research in astronomy included the measurement of the diameters of the planets, and the theory that the twinkling of stars was caused by light interference. He also figured in a dispute over who first discovered the location of Neptune, and it was doubtless because of his involvement in this that one of the planet’s rings was later named after him. Among his other investigations was a study of the properties of gases, the speed of sound, and the different types of lightning. 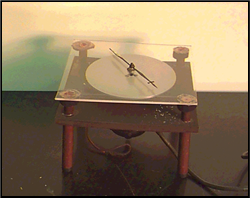 xxxxxAnd quite apart from his own research, Arago played a significant part in assisting in the work of other scientists other than Fresnel. As we have seen, he collaborated with the French scientist André Ampère in experimenting with the relationship between magnets and electric currents. Their joint research was later to assist in the discovery of electromagnetic induction, made by the English physicist Michael Faraday in 1831, and leading to the first electric generator. And, later, he played a prominent role in funding and promoting the photographic process developed by the French physicist Louis-Jacques-Mandé Daguerre in the 1830s. He was also a close friend of the German scientist and explorer Alexander von Humboldt.

xxxxxIn addition to his scientific work, Arago was also active in politics in the latter part of his life. A staunch republican and social reformer, after the revolution of 1848 he was elected a minister in the provisional government, and it was under his administration that slavery was outlawed in all French colonies. He ended his political career as deputy for his home region, the Pyrénées Orientales, holding office until the year before his death.