xxxxxThe French writer Alexandre Dumas (père) is famous the world over for his historical romance The Three Musketeers, published in 1844. His other works in this vein included two sequences, Twenty Years After, and The Viscount of Bargelonne (including the story of The Man in the Iron Mask), and the adventure tales The Count of Monte Cristo and The Black Tulip. None of these novels laid claim to historical accuracy, there was no attempt at characterisation, and hardly any plot, but they proved highly popular because of their racy style, swashbuckling adventures, and flamboyant characters. Like his contemporary novelists Honoré de Balzac and Victor Hugo, his output was phenomenal, and included plays as well as novels, travel books and children’s stories. His son Alexandre Dumas (fils) also became a writer, but, as we shall see, he wrote on serious, contemporary subjects. 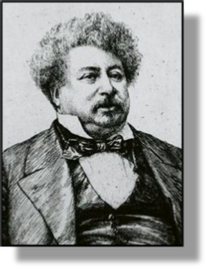 xxxxxThe name of the French writer Alexandre Dumas (père) is inextricably linked with The Three Musketeers of 1844, one of the most popular historical romances of all time. The two sequences to this action-packed adventure were Twenty Years After of 1845 and The Viscount of Bargelonne, completed five years later and containing the story of the Man in the Iron Mask. He produced his famous work, The Count of Monte Cristo in 1845, and The Black Tulip five years later.

xxxxxDumas was born in Villers-Cotterets, a town north-east of Paris. His father was a general but, having lost favour with Napoleon, left his family in financial straits when he died in 1806. As a consequence, Dumas had only an elementary education, but he read widely as a boy and showed a particular interest in stories about the 16th and 17th centuries. Eventually obliged to seek work in Paris, he found employment as a clerk to the Duc d’Orleans, the future “Citizen King” Louis Philippe. It was at this time that he was inspired by seeing a number of Shakespeare’s plays, and, working in his spare time, turned his hand to writing drama. Romantic in theme, his stage productions were clearly inspired by the works of the English bard and the adventure novels of Sir Walter Scott. To this period belongs his Henry VIII and His Court of 1829, a play which established French romantic drama based on an historical theme; his Napoleon Bonaparte, which helped create the legend; and, during the 1830s, his Antony, The Tower of Nesle, Catherine Howard, and The Alchemist. 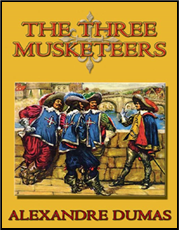 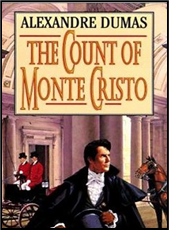 xxxxxDespite their shortcomings, these proved highly successful, but fame on a wider scale came in 1844 with his novel The Three Musketeers, an exciting yarn centred around the alleged love affair between the wife of Louis XIII and the English aristocrat the Duke of Buckingham. This was the beginning of a series of historical cloak-and-dagger romances based on events from the 16th century to the days of Napoleon. Apart from the sequences to the Three Musketeers and The Count of Monte Cristo, two later series included Joseph Balsamo of 1848, followed by The Queen’s Necklace (a scandal surrounding Marie Antoinette), Ange Pitou and The Countess of Charney. Then came Margaret of Navarre, followed by Chicot the Jester and The Forty-five Guardsmen. 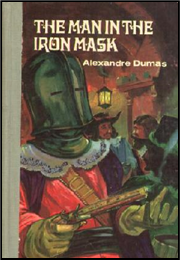 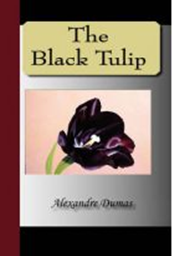 xxxxxDumas’ melodramas and romantic novels laid no claim to historical accuracy, provided only a shadow of a meaningful plot, and made no attempt at characterisation, but, nonetheless, they were very popular and highly successful. What they lacked in literary merit they more than made up for by their swashbuckling adventures, the imaginative twists and turns of their story line, the rapid pace of their action, and their colourful, flamboyant personalities. They provided an exuberant, exciting escape from humdrum reality, and that was clearly the paramount need of the time. And Dumas catered for this need in no small measure. His phenomenal output and the energy it required was matched only by the other two literary giants of his day, his fellow countrymen Honoré de Balzac and Victor Hugo. His complete works - which included travel books, children’s stories and revealing memoirs - amounted to 301 volumes. Unfortunately, while his pen earned him a colossal amount of money, he was quick to squander it away, mostly on women and a highly extravagant life style, so his pen could not afford to remain idle! And whilst it is undoubtedly true that he paid writers to put his ideas into practice, the finished work always bore the stamp of his own, unique contribution as a story teller. 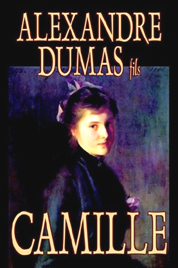 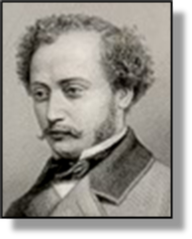 xxxxxTroubled with money problems to the end, Dumas died at the home of his illegitimate son (also named Alexandre Dumas) in December 1870. Dumas, fils (1827-95) was a playwright and novelist like his father, but his interest lay in realistic drama (or “problem plays”) which exposed the contemporary ills of middle-class society. Today he is especially remembered as the author of the La Dame aux camélias, published in 1848, and known in English as Camille. He adapted this story for the stage in 1852, and the following year, inspired by this play, the Italian composer Giuseppe Verdi produced his famous opera La Traviata.

xxxxxHis major works centred around serious social issues of the day, such as the sanctity of marriage, prostitution and female emancipation. These included Le Demi-Monde, The Money Question and Les Idées de Mme Aubray. His A Prodigal Father, produced in 1859, was a dramatized attempt to portray his father’s complex character. He gained admittance to the French Academy in 1875.

xxxxxAnother French writer of this period who, like Alexandre Dumas, fils, had a major work turned into an opera, was Prosper Mérimée (1803-1870). One of his short but colourful novels, Carmen, produced in 1845, was later made into an opera by the great French composer Georges Bizet. A master of short fiction, Mérimée became famous for his stories with exotic, violent themes, full of imagination and realistic detail. Among these were Mateo Falcone, The Venus of Ille, Carmen, Colomba, and The Blue Room, a tale of the supernatural. He also wrote a number of historical works - including the Reign of Charles IX - and translated several Russian novels into French. He was employed as the inspector general of historic monuments for many years, and later became a close friend of Napoleon III. Earlier in his career he had a brief affair with the notorious woman novelist George Sand. 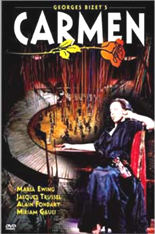 xxxxxAnother French writer of this period who, like Alexandre Dumas, fils, had a major work turned into an opera, was Prosper Mérimée (1803-1870). His short but colourful novel Carmen, produced in 1845, was later made into an opera by the great French composer Georges Bizet.

xxxxxMérimée’s career as a writer began in 1825 when, as a hoax, he produced six thrill-packed dramas which he claimed had been produced by a Spanish actress named Clara Gazul. These were followed by a collection of supposed Illyrian ballads, the work of one “La Guzla”. They fooled the experts for some time. 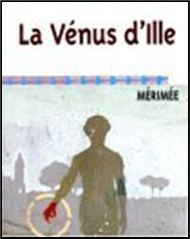 xxxxxHis recognition as a master of short fiction began in the late 1820s, however, when he started writing a number of tales with exotic, violent themes, full of imagination and realistic detail, and often tinged with a sense of mystery. Among these were Mateo Falcone, The Vénus of Lille, Carmen, Colomba and Letters to an Unknown Girl, a work based on a lifelong correspondence with a young girl he had met in 1831. A later story, The Blue Room, published after his death, shows his lifetime fascination with the supernatural.

xxxxxIn addition to his short stories, Mérimée also translated a fair deal of Russian literature, introducing into the west works by Pushkin, Gogol and Turgenev, and he showed a marked ability as an historian. Encouraged by his friend the French novelist Stendhal, he produced a study of Cromwell as early as 1822. This was followed by a pla 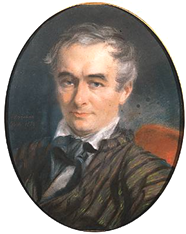 y entitled La Jacquerie in 1828 (about the Jacquerie peasant revolt of 1358 (E3)) and, a year later, a detailed and well written study of court life during the Reign of Charles IX.

xxxxxMérimée was born in Paris, the son of a painter. After studying law he was appointed inspector general of historic monuments and travelled widely in this capacity. In 1830, during a visit to Spain, he came to know the Countess of Montijo and later, when her daughter became the Empress Eugénie, he became a close friend of Napoleon III and was made a senator. Earlier in his career he had a brief love affair with the notorious woman novelist George Sand.