xxxxxIn 1892 the Dutch anatomist and geologist Eugène Dubois, searching for the “missing link” between ape and man in the evolutionary scale, discovered a skullcap, femur and some teeth while working on the island of Java in the East Indies. He claimed that this “Java Man” was in fact the missing link and, having published his findings in 1894, returned home the following year to conduct a lecture tour across Western Europe. Scientists who supported the evolutionary theory applauded his work, but many questioned his interpretation. Doubt was cast as to whether the skullcap and femur came from the same individual, some thought the skull was from a giant gibbon, whilst others considered that the creature was an early human. Such was the controversy this aroused that in 1900 Dubois hid the fossils away and did not show them again until the early 1930s. He continued to insist that the Java man was the missing link - the Upright Ape Man - up to his death in 1940, but later research in Africa and again in Java confirmed that he was in fact the first example to be found of the early species Homo erectus. 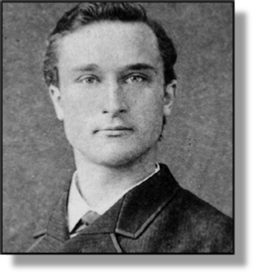 xxxxxIt was in early 1890s, while working in Java, Indonesia, that a young Dutch anatomist and geologist named Eugène Dubois discovered a thick-boned skullcap, a left femur and three teeth, and concluded that they were the remains of a creature almost exactly halfway between ape and human, the so-called “missing link” on the evolutionary scale.

xxxxxDubois was born in Eijsden. As a child he showed a keen interest in natural history, and he was encouraged in this by his father, a local pharmacist. He studied medicine at the University of Amsterdam and after graduating as a doctor, became a lecturer in anatomy there in 1886. The following year, however, having become increasingly interested in human evolution, he gave up his job to do some active research. Inspired by the German zoologist Ernst Haeckel, who argued that there was a need to find the “missing link” in the development of the ape to the human, and convinced that this was to be found in a tropical climate, he arranged to be posted as a military surgeon to the East Indies - then under Dutch control - in order to devote some time looking for fossils of early man. 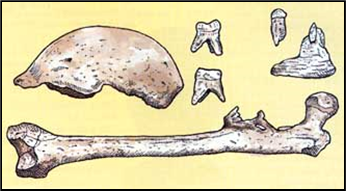 xxxxxGiven the support of the Dutch government, who provided him with two assistants and a labour force, he began by excavating caves on the island of Sumatra, but he found nothing of real value, and his research was hampered by the dense jungle of the terrain. In 1890, having learnt that a mining engineer had found a human skull at Wadjak in Java, he moved to this island and began searching among the fossil-rich ash and sediments along the bank of the Solo River. It was there in 1891, near the village of Trinil, that he unearthed a large skullcap and three teeth and, eleven months later, in August 1892, an almost complete left thigh bone, some ten to fifteen metres from where the skull had been discovered. He estimated that the hominid fossils of this “Java Man” (an impression illustrated below) were over 500,000 years old, and he concluded that the teeth and - based on size and shape - the cranium belonged to an intermediate stage between ape and man, and that the femur (thigh bone) was human and clearly showed that its owner had walked upright. Convinced that he had found the so called missing link he named the creature Pithecanthropus erectus (Upright Ape Man). 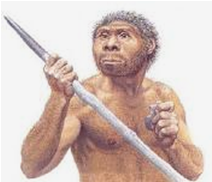 xxxxxHe published his findings in 1894 and returned to Europe the following year. As one would expect, his claim was totally dismissed by the Creationists (those believing that the earth was created by a supernatural power), but a large number of scientists who supported evolution, while applauding his work, questioned his interpretation. Much doubt was expressed as to whether the skullcap and the femur had come from the same individual; some thought the skullcap might be that of a giant gibbon (though it was clearly too big for that); and others tended to see the creature as an early human. Dubois toured Western Europe vigorously defending his claim. Hisxcase was not helped, nor his frame of mind, however, when one critic maintained that some of the teeth were from an orang-utan, and the German anatomist Gustav Schwalbe (1844-1916), having made a cast of the skull, made it the subject of his own lecture tour.

xxxxxIn 1900, weary and embittered by the controversy, Dubois refused to discuss the matter further, hid the fossils in his home, and, turning to other research, studied the growth relationship between the size of the brain and body, and conducted an investigation into the climate of the geological past. He did make the fossils available in the early 1930s, but he still insisted that he had found the missing link on the evolutionary scale. It was not until after his death in 1940 that finds of an earlier creature in Africa and additional fossils in Java confirmed that Java Man was in fact the first example to be found of the early species Homo erectus. Its classification was changed accordingly.

xxxxxDubois was the first man to go out deliberately in search of hominid fossils, and he was the first man to find such remains outside of Africa and Europe. In 1897 he was awarded an honorary doctorate in botany and zoology by the University of Amsterdam, and he became professor of geology at the 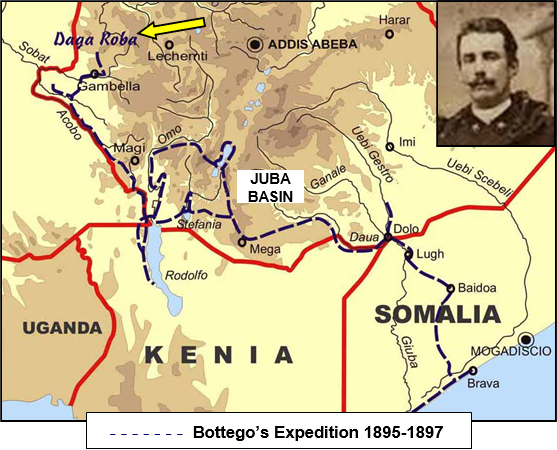 xxxxxIncidentally, worthy of mention here is the Italian explorer Vittorio Bottego (1860-1897), an Italian army officer who, in this year (1892) became one of the first Europeans to explore Jubaland in the Horn of Africa (part of modern Somalia) (see map). He led two expeditions into the Juba (Giuba) Basin between Lake Rudolf (Rodolfo) and the Indian Ocean, but he lost a large number of men from disease and in skirmishes with local tribesmen, and he himself was killed by natives at Daga Roba in March 1897 (arrowed on map).