xxxxxThe English chemist Humphry Davy is remembered today for his safety or “Davy” lamp, invented in 1815 to ensure the safety of miners when working in the presence of methane, an explosive gas. Earlier, however, he discovered nitrous oxide (known as “laughing gas”) and, by extensive use of a process called electrolysis, he isolated a number of metallic elements, including sodium, potassium and calcium. He applied his knowledge to the work place in the metal, alkali and tanning industries, and his Elements of Agricultural Chemistry, published in 1813, proved of long-term value. Other inventions included an arc lamp, and the means of desalinating sea water. Working at the Royal Institution in London, his lectures and demonstrations proved highly popular, and brought him many honours. His major work was his Researches Chemical and Philosophical of 1800. Among his assistants was the young scientist Michael Faraday, destined to make his name in the field of electricity and magnetism.

xxxxxToday, the distinguished English chemist Humphry Davy is remembered above all for his invention of the safety or “Davy” lamp. This enabled miners to work safely underground even in the presence of methane, an explosive gas they called “fire-damp”. He was asked to devise such a lamp in 1815 by the Sunderland Society for Preventing Accidents in Coal Mines, and he came up with the solution within six months. Like many a good invention, it proved simple in practice. He surrounded the lamp’s flame with a “chimney” of metal gauze which, whilst not blocking out the light, acted as a conductor, taking the heat of the flame away from the gas outside the lamp. This not only proved highly effective as a safety measure, but had an economic advantage. With the use of this lamp, coal seams could be worked which, hitherto had been considered too dangerous to tackle. As it so happened, in the same year the English engineer George Stephenson produced his own safety lamp. It was more intricate in design but safer in a draught.

xxxxxIn addition to his famous safety lamp, however, Davy made important contributions to the advance of chemistry. He was born near Penzance, Cornwall, and attended the grammar school there. An intelligent, inquisitive student, after he left school he was apprenticed to a surgeon to begin medical training, but in 1799 his keen interest in chemistry earned him a place at the Pneumatic Institution at  Bristol, then researching into ways of using gases for medical purposes. It was here that, trying out various gases upon himself, he discovered the strange effects of nitrous oxide - commonly known as “laughing gas” - and noted its potential as an anaesthetic. In 1800 he published his findings in his Researches Chemical and Philosophical and this made his name. However, his comment that nitrous oxide “appears to destroy pain and may probably be used to advantage during surgical operations” went unheeded. Itxwas not until 1844 that an American dentist, Horace Wells (1815-1848), used the gas for the first time, though the results were not entirely successful. 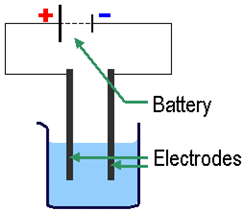 xxxxxOn the strength of this research, in 1801 he gained a place on the staff of the newly founded Royal Institution in London. He was appointed professor of chemistry the following year, and quickly gained a reputation for the quality of his public lectures and demonstrations. In 1806 he began a series of experiments using the method of electrolysis for the first time. Having constructed a battery containing over 250 cells (the largest ever built), he passed an electric current through various liquid compounds and discovered six previously unknown metallic elements - sodium and potassium in 1807, and magnesium, calcium, barium and strontium in 1808. He later discovered boron and iodine - almost at the same time as the French chemist Gay-Lussac - and in 1810 proved that chlorine, first isolated by the Swedish chemist Carl Wilhelm Scheele, and then thought to be a compound, was in fact an element. These and other findings were set out in his Elements of Chemical Philosophy, published in 1813. (Electrolysis is the process of decomposing a substance, like water, into positive and negative ions using electricity.)

xxxxxDavy was one of the first scientists to put his knowledge to the service of industry. In agriculture, for example, he favoured the use of artificial fertilisers, and suggested the introduction of sulphate of potash, phosphate of lime and salts of magnesium. He delivered a series of lectures to the board of agriculture on such matters, and these were published under the title Elements of Agricultural Chemistry in 1813. And his process of electrolysis was put to good use in mineralogy and the alkali and tanning industries. Among his other inventions was the arc lamp, constructed in the early 1800s, an electrolytic process for the desalination of sea water, and the means of preventing the corrosion of copper-clad ships by the use of zinc plates - though this idea was not entirely successful. 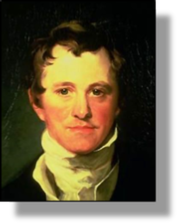 xxxxxHis contribution in the field of chemistry, achieved by an outstanding talent for experimental inquiry, did not go unrewarded. In 1807, for example, he received the Napoleon Prize from the Institute of France for his pioneer work in the process of electrolysis - despite the fact that Britain and France were at war at the time! - , was knighted in 1812, and made a baronet six years later. He received both the silver and gold Rumford Medals from the Royal Society, and became the Society’s secretary in 1807, and its president in 1820. Personally, he had amassed quite a fortune by 1811, due mainly to his income from his lecture tours. It is said that for two series of lectures in Dublin alone he received £,1250 in fees! Indeed, in 1813 he was able to resign from the Royal Institution and take his new wife on an extensive tour of the continent. They took with them a laboratory assistant by the name of Michael Faraday, a young man who was to succeed Davy as professor of chemistry twenty years later, and make a significant contribution in the field of electricity and magnetism. Indeed, some have suggested that Faraday was Davy's greatest discovery! (The portrait of Davy is by the English artist Thomas Lawrence.)

xxxxxIn the 1820s Davy worked alongside Sir Thomas Stamford Raffles (of Singapore fame) in the founding of the Zoological Society, and the planning of the zoological gardens in Regent’s Park, London, but his health began to fail at this time, and he went to live in Italy in 1827. He died in Geneva two years later. No finer tribute was paid to him than that written in 1824 when the people of Penzance held a public dinner in the Union Hotel, Chapel Street, to honour their worthy citizen. The local newspaper reported that he had made the town of Penzance “as famous and imperishable as science itself” and that he was “one of the happy few who can claim to be permanent benefactors to the human race”.

xxxxxIncidentally, when Davy was experimenting with nitrous oxide in 1799, he persuaded a number of his friends, including the poets Samuel Taylor Coleridge and Robert Southey, to sample this “laughing gas” and give their verdict. Not such a laughing matter, however, was another experiment Davy carried out at this time. He inhaled a lethal mixture of hydrogen and carbon monoxide and very nearly lost his life! …… 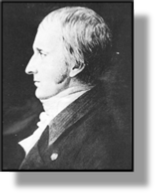 xxxxx…… Inx1802 Davy published an account - the first ever given - of experiments being made by his friend Thomas Wedgwood (1771-1805) (illustrated) in attempting to produce what we now call a “photograph”. Wedgwood, the son of Josiah Wedgwood, the famous pottery manufacturer, discovered that by placing objects on paper coated with silver chloride he was able to produce vague images and silhouettes. Unfortunately, he also discovered that after exposure to the light, the paper went black and the outlines were lost. He made a number of attempts to “fix” these images, but died before coming up with a solution. As we shall see, the problem was eventually solved by the French inventor Joseph Niépce in 1827 (G4), and his research work was later improved upon by the French artist Louis Daguerre, and the English chemist William Henry Fox Talbot.

xxxxxAnother scientist at this time who deserves mention is the French chemist Pierre-Joseph Pelletier (1788-1842). In 1817, working with the chemist Joseph Caventou, he isolated the green pigment in leaves, naming it chlorophyll, and then, over the next three years, discovered the plant alkaloids - strychnine, brucine, veratrine, cinchonine and quinine, a drug used to counter malaria. By discovering these vegetable bases he helped found what is now termed the chemistry of alkaloids.

xxxxxThe English artist Thomas Lawrence (1769-1830) was a brilliant portrait artist. Davy sat for him, but amongst his best works were his portraits of Queen Charlotte, Pope Pius VII, the Duke of Wellington and the Prince Regent. His largest and most prestigious works were the 24 full-length portraits of the heads of state and military leaders who attended the Aix-la-Chapelle and Vienna congresses, held at the end of the Napoleonic Wars. These earned him a European reputation. He was president of the Royal Academy as from 1820, and he was instrumental in the purchase of the Elgin marbles for the nation in 1816. Knighted in 1815, he also played a part in the founding of the National Gallery in 1824. 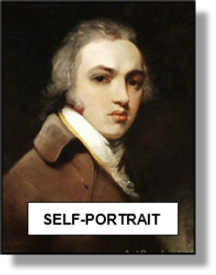 xxxxxAs noted above, the portrait of Davy was by the English artist Thomas Lawrence (1769-1830). He was born in Bristol, the son of an innkeeper who owned the “Black Bear” in Devizes. He began his prodigious career by making sketches of people visiting the inn, and in 1787 went to London to study for a short while at the Royal Academy. Such was his talent, recognised early on by Sir Joshua Reynolds, that two years later he was chosen to produce a portrait of Queen Charlotte. This was warmly received and from then on he was never without commissions. At his best, his work showed a brilliant technical skill, a vitality of colour, and a touch of drama which anticipated the romantic era.

xxxxxHe was elected an associate of the Royal Academy in 1791, and the following year became painter to George III. His largest and most prestigious assignment came after the Napoleonic Wars in 1818, when he was commissioned by the Prince Regent to paint 24 full-length portraits of the heads of states and military leaders attending the congresses of Aix-la-Chapelle and Vienna. Now hanging in the Waterloo Chamber at Windsor, these works gained him an international reputation. Among his outstanding portraits are those of Pope Pius VII - a brilliant psychological study -, the Duke of Wellington, and the Prince Regent. Appointed director of the Royal Academy in 1820, he was also well known for his art collection, which included drawings by Michelangelo and Raphael. He played a part in the purchase of the Elgin Marbles for the nation in 1816, and in the founding of the National Gallery in 1824. His style influenced the French painters Théodore Géricault and Eugène Delacroix. He was knighted in 1815, and buried with great ceremony in Westminster Abbey.

xxxxxDetails are shown here of (left to right): Pope Pius VII, “Pinkie”, The Countess of Blessington, and Master Lambton.

xxxxxIncidentally, it is said that some of his works earned him over 1,000 guineas. Many of his portraits are at Windsor Castle.