xxxxxThe English explorer William Dampier circumnavigated the world three times. In 1683 he sailed to China and on his return wrote New Voyage Round the World in 1697, and Voyages and Descriptions two years later, both works testifying to his skill as an hydrographer. In 1699 he was sent out to explore the southern seas, where he chartered the waters and coastline of north-western Australia and New Guinea. The Dampier Archipelago and the Dampier Strait were named after him. His final voyages, including one aimed at plunder, proved unsuccessful, and he was accused of cruelty to his men. Nevertheless, the detailed logs and surveys he produced proved of immense value to future explorers. 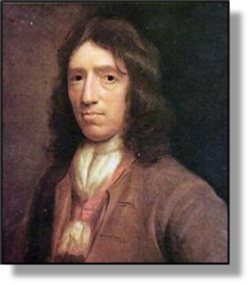 xxxxxThe English explorer and buccaneer William Dampier had the distinction of circumnavigating the world three times. He was born in the village of East Coker in Somerset, and went to sea at the age of 16. For the next twelve years or so he spent a life of adventure, much of it in Central America. He tried his hand managing a Jamaican plantation, worked as a lumberjack, and did a spell as a pirate in the Caribbean Sea. At one time his exploits took him on a journey from Mexico to the Pacific coast of South America, crossing the Isthmus of Panama en route.

xxxxxIn 1683 he set out on his first circumnavigation of the globe and this voyage marked him out as an accomplished explorer and hydrographer. Having crossed the Atlantic Ocean twice, he sailed to the present-day Philippines, reached China, and then returned home via Australia and the island of Sumatra. He reached England in 1691 and began work on his New Voyage Round the World, completed in 1697, and his Voyages and Descriptions of 1699, both based on his detailed logs and his carefully produced charts and surveys. The quality of these works impressed the Admiralty and reawakened interest in the idea of a large southern continent. In 1699, as commander of the Roebuck, he was sent out on an official voyage of exploration to the South Seas. Here he chartered the waters and coastline of north- western Australia and New Guinea, and made two discoveries which are named after him, the Dampier Archipelago, a group of islands lying off the coast of Australia, and the Dampier Strait, a stretch of water between the island of Umboi and the island of New Britain (another of his discoveries). His return home in 1701 took him once more around the world.

xxxxxSuccessful though this voyage was, in 1702 Dampier was found guilty of cruelty towards his subordinates, and he was somewhat fortunate to be chosen to lead another expedition to the South Seas the following year. This expedition, in which he commanded two vessels, was bent on plundering rather than exploring, but it was not really successful at either. Furthermore, on his return in 1707, having completed his third circumnavigation of the globe, members of his crew charged him with brutality. In 1708 he went on another privateering expedition, but because of the charges made against him he was only allowed to serve as navigator. This was his last voyage, and he died in London in 1715. His career was clearly a chequered one, but in the art of seamanship he was a brilliant explorer and hydrographer, and his detailed logs and surveys, made during his voyages in the South Seas, proved of much value to future mariners. 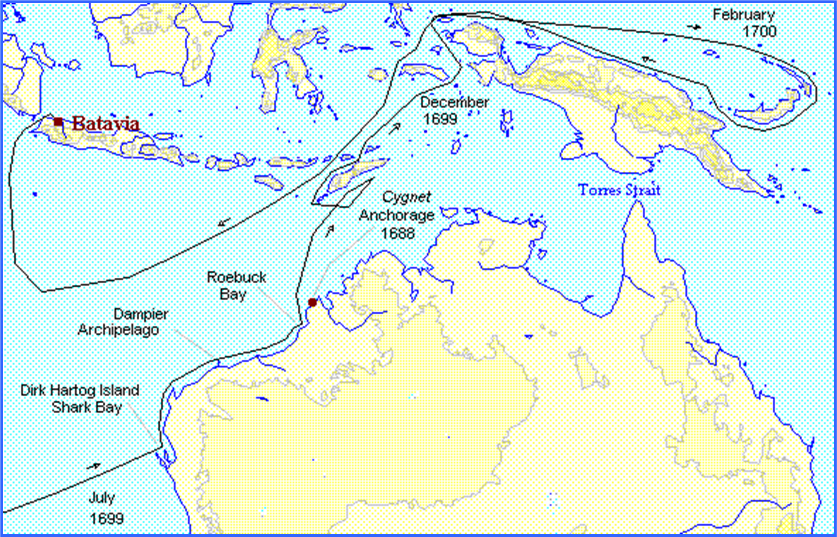 xxxxxOn Dampier’s voyage of 1703 to 1707, the sailing master on his second vessel was a Scotsman named Alexander Selkirk (1676-1717). He had a violent quarrel with his captain as they neared the coast of Chile, and demanded to leave the expedition. Taken at his word, he was put ashore on a remote island, and it was not until February 1709, more than four years later, that he was rescued by a ship wanting fresh water. An account of his survival, alone in so desolate a place, was published on his return and made for good reading. The Irish essayist Richard Steele was one who wrote about the escapade, but it was left to the English novelist Daniel Defoe in 1719 (G1) to capture the imagination of young and old alike with his Robinson Crusoe, based on Selkirk’s experience, but with the addition of “Man Friday”. 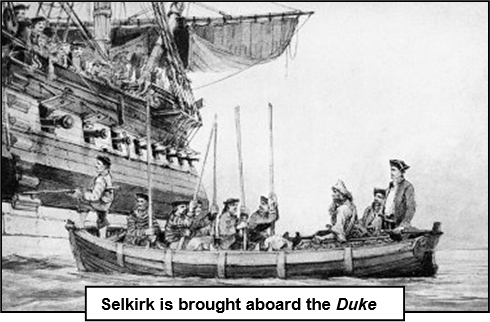 xxxxxOn Dampier’s voyage of 1703 to 1707, the sailing master on his second vessel - the Cinque Ports - was a Scotsman named Alexander Selkirk. He was born in Largo, Fife, in 1676 and, like Dampier, went to sea as a young man. He proved an able seaman, but he was quick to anger. While serving on the Cinque Ports he had a violent quarrel with the ship's captain and, as they neared the coast of Chile, he demanded to leave the expedition. He was taken at his word, and in October 1704 was put ashore on Más a Tierra, one of the remote Juan Fernandez Islands. Alone and with only a few belongings, he doubtless reckoned that he would be picked up by another ship within a few months. Inxfact, he had to survive on his desert island for over four years! It was not until February 1709 that he was rescued by Captain Woodes Rogers, when he anchored his ships, the Duke and Duchess, off the island to find water and other supplies. Some accounts report that Dampier was himself present at the rescue because he was serving as the expedition's navigator!

xxxxxOn Captain Roger's return to England in 1711, he published an account of his rescue of Selkirk, and the fascinating story of his lonely ordeal became widely known. One passage reads:

He diverted and provided for himself as well as he could, but for the first eight months had

to bear up against melancholy, and the terror of being left alone in such a desolate place. He built

two huts with pimento trees, covered them with long grass, and lined them with the skins of goats,

which he killed with his own gun as he wanted, so long as the powder lasted, which was but a pound; and that being almost spent he got fire by rubbing two sticks of pimento wood together upon his knee. 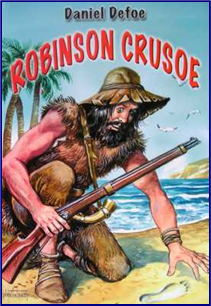 xxxxxA number of professional writers - including the Irish essayist Richard Steele - wrote about Selkirk's extraordinary escapade, but it was the English novelist Daniel Defoe, of course, who captured the imagination of young and old alike with his adventure tale about Robinson Crusoe. As we shall see, this was published in 1719 (G1) and was based upon Selkirk's experience, though he did introduce "Man Friday"! As for Selkirk himself, we are told that he quickly tired of "civilisation" and the cold climate of Largo (where his statue stands today). He planned to return to the South Seas, but he never made it. He died in 1717 while serving as mate aboard the English man-of-war Weymouth.