xxxxxThe English dramatist and poet William Congreve gained fame in 1693 with his comedy The Old Bachelour, and this was followed by The Double Dealer and Love for Love. His Way of the World, produced in 1700, is today regarded as his masterpiece. In these witty, highly polished productions - full of sparkling dialogue and well-conceived characters - he held fashionable society up to ridicule, censuring their shortcomings with a subtle but effective use of satire. They were often criticised for being obscene, but this made them the more popular. His one tragedy, The Mourning Bride, produced in 1697, was also a huge success. He worked alongside the playwright Sir John Vanburgh for a short time, and numbered among his friends the Irish satirist Jonathan Swift, the English men of letters Alexander Pope, John Gay and Richard Steele, and the French philosopher Voltaire. 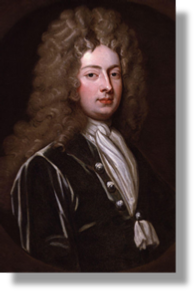 xxxxxThe English dramatist and poet William Congreve, one of the best comedy writers in the Restoration period, came to prominence in 1693 with his first major production, The Old Bachelour. Hailed by the eminent English playwright John Dryden, as nothing short of brilliant, it launched him upon a highly successful stage career. He then went on to produce two other comedies in quick succession, The Double Dealer and Love for Love. In 1695 he became one of the managers of the new Lincoln's Inn Theatre, and it was here in 1697 that he produced his only tragedy, The Mourning Bride. This also proved a huge success and added greatly to his reputation, already well established. His last comedy, The Way of the World, produced in 1700, was not particularly well received at the time, but is regarded today as his masterpiece. 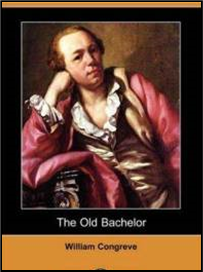 xxxxxIn these witty, highly polished productions, known above all for their sparkling dialogue, delicacy of feeling and cleverly conceived characters, he held up to ridicule the affectations of fashionable society and their over preoccupation with sexual conquest and intrigue. Thus, light and amusing though these comedies were, they were not without a note of censure, scrutinising as they did the shortcomings of the age, and attempting to cure excess with a subtle but highly effective use of satire.

xxxxxCongreve was born in Bardsey, near Leeds, but his father, an army officer, was sent to Ireland in 1674 so he received his education there, first at Kilkenny School, and then at Trinity College, Dublin. He then went to London to study law at the Middle Temple, but very soon decided on a literary career. In 1692 he produced a novel, Incognita, and followed this up with a number of poems, but it was not until 1693, when he began to write for the stage, that his career took off. In common with many Restoration dramatists, his plays were criticised as obscene and lecherous - as, indeed, they were - but this tended to make them the more popular. And whilst producing for the theatre, he also gained a reputation for his verse, notably the pastoral he wrote in 1695 on the death of Queen Mary. 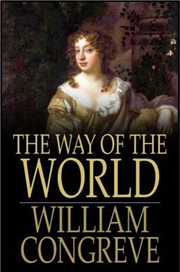 xxxxxFollowing the apparent failure of his The Way of the World in 1700, Congreve virtually retired from the London stage, though he did write the librettos for two operas and worked alongside the playwright Sir John Vanburgh for a short time. He made his living by working for the government, and he held a number of minor posts before being appointed secretary to the island of Jamaica in 1714. Despite these appointments, he produced a quantity of poems during this period, and translated several works by ancient Greek and Roman poets. He also kept in close touch with contemporary writers, and included among his friends and acquaintances the Irish satirist Jonathan Swift - known since his days in Ireland - the English men-of-letters Alexander Pope, John Gay and Richard Steele, and the French philosopher Voltaire.

xxxxxIn his domestic life he is known to have been devoted to the second duchess of Marlborough, and it is very likely that he was the father of her second daughter, Lady May Godolphin. A good- natured and modest man, his health failed him in his last years, and he died in 1729 following a carriage accident.

xxxxxIncidentally, Congreve's comedy Love for Love contains lines which have survived as popular sayings down to this day: Heav'n has no rage, like love to hatred turn'd, Nor Hell a fury, like a woman scorn'd, and O fie, miss, you must not kiss and tell.

xxxxxAnother notable playwright of this period was the Irish dramatist Thomas Southerne (1660-1746). He is best remembered for his two highly successful tragi-comedies based on novels by the English writer and poet Aphra Behn. The Fatal Marriage, a domestic tragedy, was produced in 1694, but it was his Oroonoko, performed the following year, that caught the public imagination. It was centred around an African prince who, enslaved in an English colony, personified the “noble savage” - an idea later developed by the French writer Rousseau. It was a timely condemnation of the expanding slave trade. During his career he also produced prologues and epilogues for plays by the dramatist John Dryden. 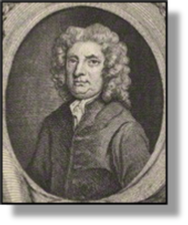 xxxxxAnother playwright of this period who is worthy of a mention is the Irish dramatist Thomas Southerne (1660-1746). He was born in Dublin and, like Congreve, attended Trinity College before coming to London to study law. In 1682, however, he turned to writing for the stage, and produced The Loyal Brother, the first of several plays. After a spell in the army he returned to London in 1688 and it 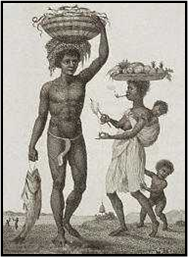 was at this stage of his career that he produced the two tragi-comedies by which he is best remembered, both of which were based on novels by the English writer and poet Aphra Behn.

xxxxxThe Fatal Marriage, a domestic tragedy, was first performed in 1694 and proved a popular play well into the 19th century. His Oroonoko, produced the following year, took as its central character an African prince who worked as a slave in the English colony of Surinam. One of the first portrayals of the "noble savage" (later developed by the French writer Rousseau), it was a timely condemnation of the slave trade, then expanding at a tragic rate.

xxxxxDuring his career he produced prologues and epilogues for some of John Dryden's plays, and in 1692 he had the distinction of revising and completing Dryden's tragedy Cleomenes.