xxxxxThe English radical journalist William Cobbett was for years a thorn in the side of both the British and American governments. A champion of the traditional way life in the English countryside - fast disappearing with the advance of the Industrial Revolution - he slammed into the government via his weekly journal The Political Register, published from 1802 until his death in 1835. In this he accused the administration of corruption and incompetence, and called for parliamentary reform and a better deal for the working classes. His writing landed him in gaol and two periods of exile in the United States. There, via his Porcupine Gazette and other publications, he also ran foul of the government, attacking American democracy in favour of the British monarchical system. He finally returned to England in 1819, and it was then that he toured the country on horseback, writing articles about the miserable living and working conditions of life on the land. He published these in his Rural Rides of 1830, the work for which he is best remembered today. He supported the Reform Bill of 1832 and eventually gained a seat in parliament, but he died three years later. A trenchant, incisive writer, his fight against social ills, and his yearning for a return to the more settled, rural life of the past, earned him a great deal of public support. 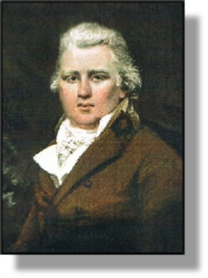 xxxxxThe English reformer and radical journalist William Cobbett, noted for his violent, prickly style, his sarcasm and his ready wit, well lived up to his pseudonym “Peter Porcupine”. For years his writings proved an embarrassment to the government of the day, and he was at times forced into exile or imprisoned on account of his vitriolic pen. Today, he is remembered above all for his series of controversial and challenging articles which he collected under the title Rural Rides in 1830. These provided a nostalgic look-back at rural life as it once was, together with a biting, bitter commentary on the disastrous changes which had been wrought on the countryside and its people by the coming and continuing march of the Industrial Revolution.

xxxxxCobbett was born in Farnham, Surrey, and, as the son of a farm labourer, acquired a love of the countryside and its way of life during his formative years. He virtually taught himself to read and write and then, at the age of 19, he suddenly decided to seek work in London. He worked for a while as a clerk, and then in 1784 enlisted in the army and saw six years of service in Canada. He eventually reached the rank of sergeant major, but in 1791 he became embroiled in the first of many controversies when he wrote about current abuses within the army, and made allegations of corruption. When counter-charges were made against him, he left the army that year and, fearing the wrath of the military authorities, fled the country. He first went to France but, finding the country in the early throes of the French Revolution, he then sailed to the United States and settled in Philadelphia in the state of Pennsylvania.

xxxxxHere he made a living teaching English to French emigrés - then in plentiful supply! - and, at the same time, gained a wide but often ill reputation as a vigorous campaigner in the cause of conservatism. His writings, which included the Porcupine Gazette, extolled the virtues of the British monarchical system, based as it was on aristocratic government, whilst taking American democracy to task in no uncertain terms and at great length. And in his Observations on Priestly’s Emigration, he bitterly attacked the radical English scientist Joseph Priestly who, having spoken out in favour of the French Revolution, arrived in the United States in 1794 and was given such a warm welcome. This pamphlet, in which he called Priestly a traitor, did much to bolster his career as a journalist, but it also brought threats of prosecution and deportation. In fact, his stay in America came to an abrupt end in 1799 when he was involved in a costly libel case with a prominent doctor - whom he took to task for bleeding and purging his patients. Financially ruined, “Peter Porcupine”, as he was dubbed by his many enemies, decided to return to England. 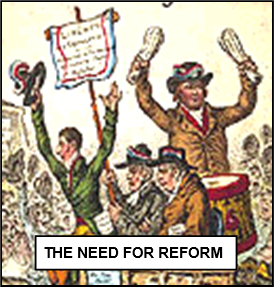 xxxxxOn arriving home in 1800 he found that his reputation had preceded him. The Tory government, led by William Pitt, wanted to employ his vindictive journalism in their service but, typically, Cobbett wanted to be his own man and would have none of it. In 1802 he did start a weekly conservative journal called the Political Register, which he published until his death, but it was by no means a Tory mouthpiece, and became progressively radical over the years, strongly advocating both social and parliamentary reform. Indeed, in the very first year of its publication he came out strongly against the Treaty of Amiens, negotiated, he insisted, for commercial reasons, and three years later he launched a scathing, savage attack upon a political system which, he claimed, compromised freedom, was basically corrupt and incompetent, and was bent on weakening the role of the aristocracy and the Church, the very fabric of the nation.

xxxxxCobbett was not, in fact, a radical at heart, and he was certainly not a revolutionary, but he was a serious danger to the government nonetheless. He yearned for a return to the good old days when the country’s economy was based on agriculture, and people of all classes worked in harmony with nature and each other. This desire to recreate what amounted to an imagined world, fed on nostalgia, gained a great deal of public support, and was an embarrassment to an administration struggling to cope with the social, economic and political problems thrown up by the Industrial Revolution. Soon a government which had sought his support as a journalist with a flair for words was attempting to stifle every one of them. In 1809 he was fined and imprisoned for two years for criticizing the use of flogging in the British army. Then in 1816 his constant and vehement hammering of the government over the plight of the “oppressed classes” - circulated even wider by the introduction of his cheaper, two-penny edition of the Political Register - brought matters to a head. In response to his “two penny trash”, the government prepared a charge of sedition, and in 1817 Cobbet was again obliged to make for the United States. 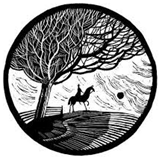 xxxxxOn his return to England at the end of 1819 he sought to regain his influence by championing parliamentary reform, but failed to gain a seat in Parliament throughout the 1820s. It was during this period, however, that, travelling on horseback, he carried out his famous tours of England, making daily recordings of the changing countryside and the worsening conditions of life on the land. He wrote 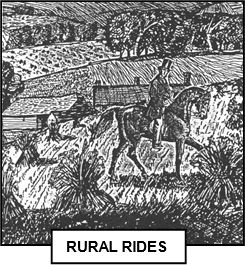 of farming methods, the country houses of the nouveau riche and, above all, the starvation and misery suffered by the labouring classes. His articles on the subject, written in a trenchant, lucid style, gave a graphic account of rural society at the very time that the Industrial Revolution was transforming the country into the world’s first and foremost manufacturing nation. They were published in his Political Register, and for the many who yearned for a return to more settled times, they made depressing reading. In 1830 Cobbett collected them into his two-volume Rural Rides, the work by which he is best known today.

xxxxxBy now, Cobbett, more than ever aware of the plight of the rural poor, was a leading light in the working-class movement, and had become totally committed to political reform. In 1831 he defended farm labourers who had rebelled against their low wages, and talked his way out of another prison sentence. Then in 1832, although no lover of the Whigs, he championed their Reform Bill of that year, and gained the seat for Oldham in the first parliament elected under its terms. He served for three years, but he never settled to parliamentary routine and, worn out by a life of protest and controversy, died of influenza in 1835. He was buried in the churchyard at Farnham, and it is estimated that 8,000 people attended his funeral, such was his popularity amongst the general public. He left a wife and seven children.

xxxxxIt might well be said that in his writings Cobbett indulged in false hopes, but his yearning for a return to what might even be called a feudal way of life was shared by many. Large sections of the public were disenchanted with the social and economic changes brought about by a long period of war and the ever growing demands of industrialisation. There was widespread anxiety about the way the nation’s future was going, and Cobbett, always ready for a good scrap, voiced that anxiety in the clearest and most passionate of terms. In so doing he pointed a nagging finger at the shortcomings of government, and the social ills of his day.

xxxxxIncidentally, it was Cobbett who began the unofficial publication of parliamentary debates in 1803. During his two years of imprisonment, starting in 1810, he sold the business to his printer, one Thomas Curson Hansard (1776-1833), and it was by his name that the reports came to be known. ……

xxxxx……  As a journalist, Cobbett never pulled his punches. Following the death of King George IV in 1830, for example he wrote in his Political Register: “As a son, as a husband, as a father, and especially as an adviser of young men, I deem it my duty to say that, on a review of his whole life, I can find no one good thing to speak of, in either the conduct or the character of this king”. …… 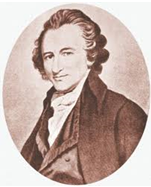 xxxxx……  He was a great admirer of the English political philosopher Thomas Paine, the author of The Rights of Man, and whose pamphlet Common Sense played such an influential part during the American War of Independence. We are told that whilst living in America Cobbett had Paine’s bones exhumed, and then brought them back to England in his baggage when he returned in 1819. He planned to give Paine a funeral befitting so great a man, but it seems that, somehow or other, the bones were lost and the funeral never took place. ……

xxxxx…… For many years Cobbett managed a smallholding of about four acres in the village of Kensington. There he tried to encourage the growth of maize - “Cobbett’s corn” as he called it - and he dealt in the buying and selling of imported trees, seeds and plants. Based on his experiences, he produced a book entitled Cottage Economy in 1822. The site of his little farm is now occupied by the London underground station in Kensington High Street!

Cobbett: pastel by the English artist John Raphael Smith (1752-1812) – Museum of Farnham, Surrey, England. Reform: on front cover of The Life and Adventures of William Cobbett by the English journalist Richard Ingrams, 2005, artist unknown. Rural Rides: engraving from William Cobbett and Alresford by Kenneth S. Masters, 1969, artist unknown. Paine: after a sketch by William Cobbett, contained in The Life of Thomas Paine by the American writer Moncure Daniel Conway (1832-1907), published in 1893.