xxxxxRobert Clive, one of the founders of British India, arrived in Madras in 1744, a clerk in the East India Company. He joined the company's army a few years later, and first proved his ability as a military commander at the Siege of Arcot in 1751. At that time there were two Indian candidates for the governorship of the state of Carnatic. Whilst the French candidate, Chanda Sahib, was away, attacking Muhammad 'Ali (the British candidate), Clive - following his own plan and with no more than 500 men - attacked Chanda's base at Arcot and, having captured the citadel, withstood a siege of 53 days. The plan had the required effect. Muhammad 'Ali was given enough time to muster support, and both Chanda and the French were forced to admit defeat. He returned to England a famous and wealthy man and, on his return in 1756, was again in action, this time against the Nawab of Bengal, Siraj-ud-Dawlah. He had captured Calcutta and was being blamed for the infamous "Black Hole of Calcutta" of 1756. Clive re-captured Calcutta, and then in 1757 defeated Siraj-ud-Dawlah at the Battle of Plassey, helped by the defection of five of the Nawab's generals. On the strength of this victory - which proved the first step towards British control of India - he was appointed governor of Bengal, and in this office he made substantial improvements in both the civil service and the armed forces. When he returned to England in 1767, however, he was accused of corruption and the abuse of power. He was acquitted of these charges, but the strain of the six-year trial, ill health and fits of depression led to his taking his own life in 1774. 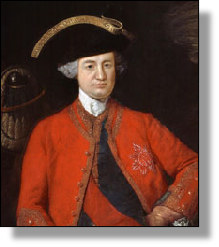 xxxxxThe Englishman Robert Clive, later Baron Clive of Plassey, was one of the founders of British power in the sub-continent of India, and served two terms as governor of Bengal. He was born at Styche (near Market Drayton) in Shropshire and, as a boy, was moody and rebellious by nature. After his schooling, which included a period at the Merchant Taylor's School in London, he joined the English East India Company as a clerk and, at the age of nineteen, was sent out to Madras. Here he found little to his liking until, taking a commission in the company's army, he became involved in military action against the French. This proved the making of him. 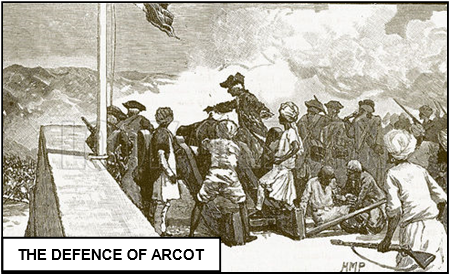 xxxxxIt was Clive's successful defence at the Siege of Arcot which first marked him out as a daring and resourceful soldier. This opportunity to show his prowess as a military leader occurred in August 1751. At that particular time there were two rivals for the governorship of Carnatic, a state on the south-east coast of India. By August the French candidate, Chanda Sahib had gained the upper hand and was besieging the fortress of Trichinopoly where Muhammad 'Ali, the British candidate, had been forced to take refuge. In order to put an end to th 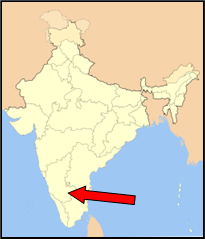 e siege, Clive suggested and carried out a daring raid upon Chanda's base at Arcot, the political capital of the Carnatic, situated some 60 miles west of Madras (and arrowed on the map). With a small force of Europeans and Indians, numbering no more than 500, he seized the town and then successfully withstood a siege of 53 days. This daring enterprise had the required effect. Chanda had to divert a large part of his army to Arcot in an attempt to regain the town, and Muhammad 'Ali was given time to muster support and break out of Trichinopoly. In June 1752 the French admitted defeat and their commander, the hitherto successful Dupleix, suffered a serious setback. He was replaced two years later.

xxxxxThis episode brought Clive fame and fortune. He returned to England as a hero in 1753 but, after failing to get into Parliament, returned three years later, this time as governor of Fort St. David near Madras with the rank of lieutenant colonel. Soon after arriving in India in June 1756 he was once again involved in military action, this time against the new ruler of Bengal, Siraj-ud-Dawlah. He had not only 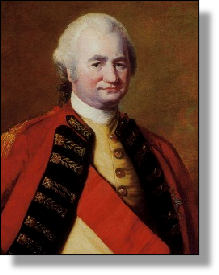 attacked and taken Fort William at Calcutta but, on the night of June 20th 1756 was held responsible for the infamous incident which came to be known as the "Black Hole of Calcutta". With a force of some 1,000 men, mostly Europeans, Clive marched on the city and recaptured it in January 1757. He then pursued Siraj-ud-Dawlah and overthrew him at the Battle of Plassey (about 90 miles north of Calcutta) in June of that year (1757). This victory, achieved with only 72 casualties, made him master and, later, governor of Bengal (arrowed on map below), the richest province in India. When he returned to England in 1760, the wilful lad who had started life as a humble clerk bought a seat in Parliament, was elevated to the Irish peerage in 1762, and knighted two years later. 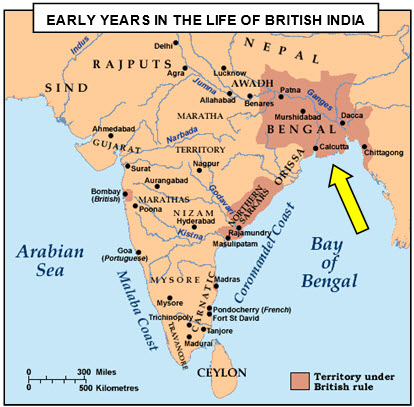 xxxxxAs governor of Bengal he showed remarkable skill as an administrator, particularly during his second term of office, starting in 1764. Over the next three years he completely overhauled the civil service, produced a code of practice to stamp out corruption, restored discipline in the armed forces and, by obtaining the right to collect revenues throughout the province, made the East India Company the dominant power in India and the precursor of British rule.

xxxxxBut whilst his military exploits had won him fame - William Pitt described him as a "heaven-sent general" - and his administrative reforms were impressive by any standard, he was not without enemies. On his return to Britain in 1767, his wealth - acquired for the most part during his first period as governor of Bengal - led to allegations of corruption and abuse of power, and he was impeached by Parliament. He defended himself well against these allegations and, after six years, was nominally acquitted, but the strain upon him took its toll. Ill-health, an addiction to opium, and fits of depression led to his suicide in November 1774. It was a sad ending for a man who, whilst somewhat difficult to know and to warm to, had achieved so much in the service of his country.