xxxxxIt was in this same year, 1694, that the French botanist Joseph Pitton de Tournefort (1656-1708) produced his Éléments de botanique, a work testifying to his powers of observation and description. He also introduced a system of plant classification based entirely upon the structure of the flower or fruit, and it was not until 1735 (G2) that the Swedish botanist Linnaeus improved upon this means of identification. 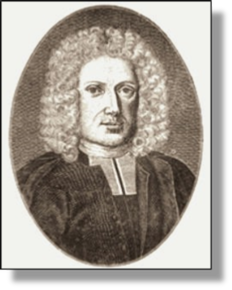 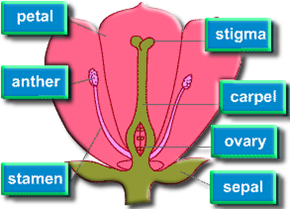 xxxxxRudolph Camerarius was born in Tübingen, Germany. As professor of natural philosophy at the city's university, he was the first botanist to establish the nature of sexual reproduction in plants. By performing experiments, he identified the male and female reproductive organs, and explained the importance of pollen in the process of fertilisation. His findings were contained in a letter to a colleague in 1694 - referred to as Letter on the sex of plants - and in his Botanical Works, published three years later. 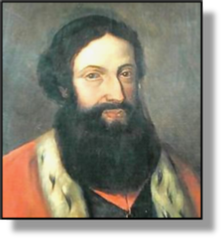 xxxxxIt was at this time too (1694 in fact) that the French botanist Joseph Pitton de Tournefort (1656-1708) wrote his Éléments de botanique. In this beautifully illustrated work he provided a more accurate definition of the terms genus and species, and introduced a system of plant classification which, based entirely on the structure of the flower or fruit, proved of great assistance in the expanding field of botanical research.

xxxxxHe was born in Aix-en-Provence, France, and after being educated by the Jesuits, studied natural history and botany at the University of Montpellier. During travels in France, Spain, Greece and Asia Minor he collected a large number of plant specimens, and gained a reputation for his botanical knowledge. There followed a variety of works on the subject, all testifying to his powers of observation and description. In 1688 he was appointed professor at the Jardin des Plantes in Paris, and the following year he published his lecture notes (Schola botanica).

xxxxxIn 1691 Tournefort became a member of the Académie des Sciences, but, in fact, he showed some reluctance to profit from scientific advancement. It is said that, despite the nature of his research, he refused to use a microscope, and he would not accept the evidence advanced by Camerarius to support the sexuality of plants. However, on the matter of nomenclature, it was not until 1735 (G2) that, as we shall see, the Swedish botanist Carolus Linnaeus substantially improved upon his method of identifying plant life.