xxxxxThe Kingdom of Burma (now Myanmar) originated around 850, centred on the settlement of Pagan. In 1287, however, the Mongols, led by Temur, Kublai Khan’s grandson, invaded and devastated the land. It was not until 1490 that the Toungoo dynasty emerged. In 1752 the Mons seized the kingdom, but the Burmese leader Alaungapaya regained control by 1759, and founded his capital at Rangoon. A period of expansion followed. Siam, Arakan on the Bay of Bengal, and Assam were conquered, but this brought them into contact with the British. A border dispute led to the First Anglo-Burmese War in 1824. The Burmese invaded Bengal, but were forced to retreat when the British captured Rangoon. They then made repeated attacks upon the British force outside the capital, but failed to break through their lines. Eventually they were roundly defeated at Danubyu. Their senior general was killed in the battle, and this put an end to any serious resistance. By the Treaty of Yandabo in February 1826 the Burmese ceded coastal strips on both sides of the Irrawaddy delta, and agreed to relinquish any claim to Assam. But the conflict was far from over. As we shall see, a second war broke out in 1852 (Va) and the Burmese were not finally subdued until a further encounter in 1885.

Map (Burma): licensed under Creative Commons – en.wikipedia.org/wiki/Burma. Rangoon: painting by Lieutenant Joseph Moore, a British artist serving in Burma with the 89th Regiment of Foot, c1824. Map (Siam): contained in The Barefoot Explorer, an account of the “missions” of the French explorer Auguste Pavie (1847-1925). Map (Ghana): declared to be in the public domain – en.wikipedia.org/wiki/Kingdom+of+Ashanti.

xxxxxThe Kingdom of Burma (known as Myanmar since 1989) had its origins around the year 850, centred on Pagan, a settlement in the north near present-day Mandalay (arrowed on map). By 1060 King Anawratha had united much of this region, and over the next two hundred years the Burmese slowly extended their control over outlying areas. In 1287, however, the kingdom was attacked by the Mongols, and Pagan was occupied by Kublai Khan’s grandson Temur. He devastated the kingdom, destroyed the Pagan dynasty and, after he had left, the country was plunged into anarchy. The Toungoo dynasty emerged around 1490 and, assisted by Portuguese traders and adventurers, maintained a troubled peace until 1752. In that year the Mons, who had already gained control of the Irrawaddy delta, conquered the whole of Burma. But their rule was short-lived. Five years later, Alaungapaya took command of the Burmese and, overthrowing the Mons by 1759, established his new capital at Rangoon (now Yangon and arrowed on map).

xxxxxHis descendants, members of his Konbaung dynasty, waged a campaign of expansion. In 1767 his son, King Hsinbyushin, conquered Siam and repelled a powerful Chinese invasion, and in 1784 another son, Bodawapaya, captured the rich coastal province of Arakan on the eastern coast of the Bay of Bengal. Thenxin 1821 the Burmese general, Maha Bandula (1782-1825) successfully conquered Assam. By then, however, Burmese frontline forces were beginning to encroach upon British possessions, and in 1824 a dispute arose over their border with India. A small Burmese force invaded the island of Shahpuri, where the British East India Company had a base, and this brought about the First Anglo-Burmese War. 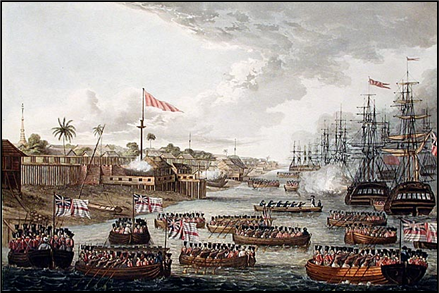 xxxxxWhen the British declared war in March 1824, general Bandula, commanding an army of some 6,000 men, immediately invaded Bengal. Having occupied Ratnapallang and defeated a small British-controlled force at Ramu, he aimed to join up with a second army coming from Assam and drive the British out of Bengal. In the meantime, however, the British landed a force at Rangoon and captured the city (illustrated). He was thus obliged to cancel his plan and fall back to Ava on the left bank of the Irrawaddy River. Then, having raised a large army, he encamped at Danubyu, his birthplace, and in the December attempted to encircle the British troops, then stationed outside Rangoon, and much depleted by sickness. However,xafter repeated attacks had failed - despite great superiority in numbers - he was forced to retreat to Danubyu. It was there in March 1825 that his army was roundly defeated by the British, greatly assisted by artillery fire, and he was killed in the bombardment. Resistance then collapsed in most areas and, during the summer, British forces took over the province of Arakan and, in the north, expelled the Burmese from Assam. Following sporadic fighting, a further engagement occurred in November when an attack upon British positions at Prome in the south was repulsed. The Burmese forces then took refuge in a number of hill forts and sued for peace.

xxxxxAfter a delay of some months, during which the Burmese reneged on two peace agreements, they were finally defeated in February 1826, attempting to hold out in the ancient city of Pagan. By thexTreaty of Yandabo, Burma had to cede Arakan and Tenasserim to the British, coastal strips which stretched either side of the Irrawaddy delta. In addition they had to relinquish any claims to Assam and pay an indemnity to the East India Company for expenses incurred during the war. But the conflict was far from over. As we shall see, a second war broke out in 1852 (Va), resulting in the British gaining control of the Irrawaddy delta, and it took another encounter in 1885 before Burma was subdued and became a province of British India. 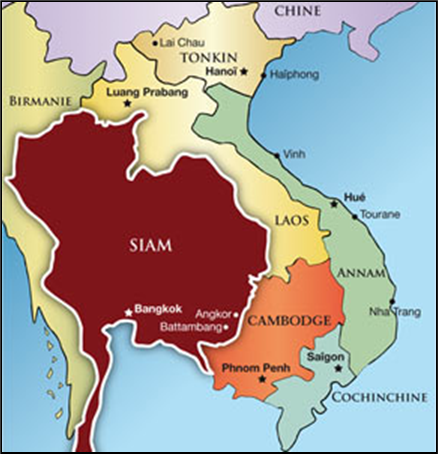 xxxxxThe Burmese occupation of Siam, achieved in 1767, only lasted fifteen years. In 1782 a Chinese general, Chao Phraya Chakri, seized the throne, proclaimed himself king of Siam as Rama I, and founded the city of Bangkok. He defeated an attempt by Burma to regain control in 1785, and by his death in 1809 the whole of the country had regained its independence. In addition, Siamese suzerainty had been acknowledged in Cambodia, to the south-east, and Laos in the north. Control over these outlying areas was extended during the reign of Rama III, 1824 to 1851, but later in the century these vassal states were ceded to France. In 1939 the country was officially renamed Thailand.

xxxxxIncidentally, it was in the year 1826, at the end of the First Anglo-Burmese War, that the British formed The Straits Settlements. They were made up of the three major trade centres used by the British East India Company on the Strait of Malacca, - Penang (now Pinang), founded in 1786, Singapore, established in 1819, and Malacca, obtained from the Dutch in 1824. For the first few years George Town, Penang, served as the capital, but Singapore took over as the administrative centre in 1832. When the East India Company lost its monopoly of the China trade the following year, the Settlements lost something of their importance. They came under the direct control of the governor-general of India in 1851, and were then made a crown colony in 1867, the responsibility of the Colonial Office in London. These vital ports were occupied by the Japanese during the Second World War, and became part of the new federation of Malaysia in 1963. ……

xxxxx…… The English adventure writer Frederick Marryat, serving as an officer in the Royal Navy, took part in the sea-borne attack upon Rangoon and in its subsequent capture. 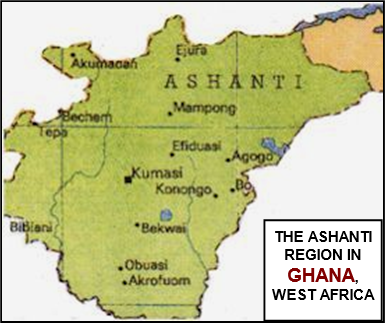 xxxxx1824 saw the outbreak of the First Anglo-Ashanti War. Founded, as we have seen, in 1689 (W3) and constantly seeking to expand - particularly under the leadership of Osei Kwadwo - the Ashanti Empire launched an attack upon its neighbours, the Fanti, in the early 1800s. This brought them into conflict with the British, who maintained forts along the Fanti coast. In 1824 a small British force was defeated with the death of its commander Sir Charles MacCarthy, and this opened the fighting. Two years later the British gained a victory over the Ashanti army - mainly due to their use of Congreve rockets - but, wary of advancing too far inland, eventually made peace in 1831. The second conflict, beginning in 1863, was a brief encounter, but, as we shall see, the Third Anglo-Ashanti War of 1873 (Vb) proved a more violent affair, a 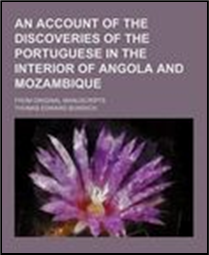 nd took one step closer to British annexation of the entire territory.

xxxxxIncidentally, the English traveller and writer Thomas Edward Bowdich (1790-1824) visited Ashanti in 1817 and two years later published A Mission from Cape Coast Castle to Ashantee. He then lived in Paris for two years, and, through his scientific studies, came to know Georges Cuvier and Alexander von Humbolt. In 1822 he set out again for Ashanti, but two years later died of a fever at Bathurst in The Gambia. His published works also included Discoveries of the Portuguese in the interior of Angola and Mozambique.

Kingdom of Burma, Siam, and