THE BERLIN CONFERENCE  ON AFRICA 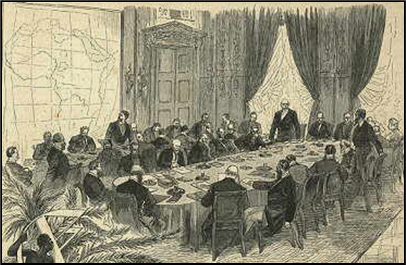 xxxxxOstensibly, the Berlin Conference of 1884 was convened by the German Chancellor Otto von Bismarck to find a peaceful settlement to a dispute which had arisen over the colonial exploitation of The Congo. This vast region in central Africa was one of the last areas on the continent to be explored and opened up, and it was claimed in whole or in part by three contenders: France, Portugal, and Leopold II, King of the Belgians. Once this dispute had been settled, however, the Conference set about the more important task of deciding on the colonial partition of Africa or, put in less prosaic terms, which countries should have what in the grab for the “dark continent”. For the fourteen nations represented, all economically developed, there was a great deal to be gained in Africa by way of new markets, valuable minerals and natural products.

xxxxxAs we shall see (1885), the King of the Belgians, Leopold II, conceived the idea of establishing a colony in Africa in the late 1870s. Between 1879 and 1884 he commissioned the explorer Henry Stanley (of Doctor Livingstone fame) to set up a number of stations along the Congo River, and to make treaties with the local African rulers to gain sovereignty over their areas. Andxto give political respectability to his claim, Leopold established the International Congo Society in 1879, charged with bringing science, civilisation and Christianity to the native population, encouraging trade, and taking military action against the slave trade. At this time, however, both France and Portugal also claimed territorial rights in the Congo region. In 1881 a French marine officer named Pierre de Brazza, exploring in the Western Congo, had raised the French flag over the newly established settlement of Brazzaville, and three years later the Portuguese, claiming the area around the mouth of the Congo by right of earlier agreements (dating from the discoveries of Diogo Cão in 1482 (E4)) had made a treaty with the British to deny Leopold and the French access to the Atlantic. 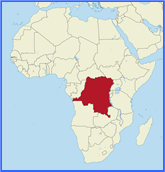 xxxxxAfter much political wrangling, the Conference settled the dispute over the Congo. By way of compensation, the French were given some 250,000 square miles on the north bank of the Congo River, and the Portuguese were granted an extension of 350,000 square miles to Angola, their colony to the south. But the bulk of this vast region - over 900,000 square miles - was placed under the sovereignty of the International Congo Society, a organisation which, by its very definition, put the new state under the personal control of King Leopold. The Congo Free State, as the region was called, was to be neutral, open to the trade of all nations, and committed to the abolition of the slave trade and the improvement of the “moral and material conditions” of its native inhabitants. The new state was officially established in July 1885, but it was not until the mid-1890s that the region of Katanga in the south (sought after by the British empire-builder Cecil Rhodes) and dissident areas in the east were eventually conquered.

xxxxxBut Belgium, via its king, was not the only European country to have ambitions in Africa. In 1881 the French had occupied Tunisia, and the following year Italy had occupied Eritrea, and Britain had virtually taken over the control of Egypt. This new phase of colonial activity alarmed Bismarck. Germany, now a major power, was seeking new markets for its growing industries, and time and places were fast running out. South America had a determined guardian in the shape of the United States, and much of Asia had been seized by others, notably the British, the French and the Dutch. He saw an international conference on Africa as the best means of regulating colonisation and trade on that continent, and making sure, at the same time, that Germany also acquired a place - or two - “in the sun”. 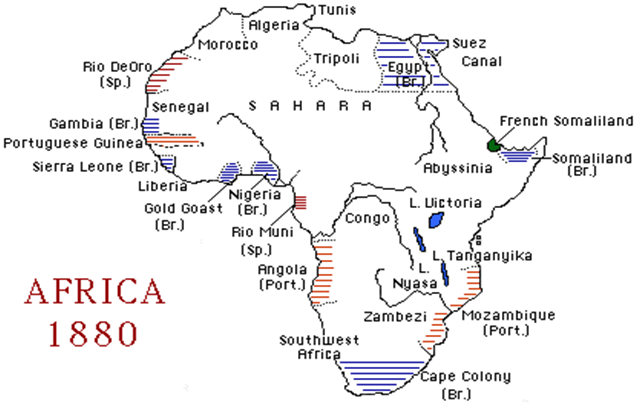 xxxxxUntil the beginning of the 1880s the European powers had generally confined their settlement in Africa to the building of staging and trading posts along the coast. At that time, only about 10% of the continent was under direct European control, the main areas being Algeria under the French, Cape Colony and Natal under the British, and the Portuguese colony of Angola. By 1914, however, (see map below) well over 90% of the continent was under European rule. Only Liberia and Ethiopia remained fully independent.

xxxxxIt was in anticipation of this violent “scramble for Africa” that in 1885 the Berlin Conference laid down the ground rules for future colonisation. In order to be recognised by the international community, the new colonies had to be legally owned, and effectively occupied, administered and defended. And also required was a firm undertaking to work for the suppression of the slave trade. These were laudable requirements, but at ground level the prime aim of each colonial power was the exploitation of the mineral and natural resources that the new territories offered. In reality, the welfare of the native population was not considered, nor were any tribal leaders consulted during the partitioning. The continent was simply carved up along geometric lines, imposed boundaries that paid no attention to language or tribal affiliation. It was a recipe for ethnic conflict, and proved to be so when the countries began to gain their independence in the years following the Second World War of 1939 to 1945. 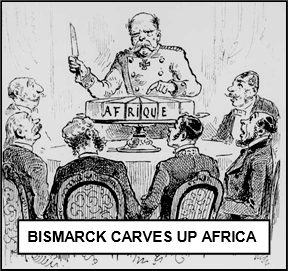 xxxxxApart from King Leopold, the major countries to benefit from this grab of Africa were Great Britain, France, Germany and Portugal (see map below). Over the next 30 years (1884-1914) Britain gained a swathe of land from Egypt to South Africa - including Rhodesia, Kenya and Uganda - and, in the west, the territories of Sierra Leone, the Gambia, Nigeria and the Gold Coast. France occupied vast expanses of west Africa - including Dahomey, Senegal, French Guinea and the Ivory Coast - together with the official control of Morocco, Tunisia and Algeria in the north, and the island of Madagascar in the east. Germany, though late in the field, nonetheless took charge of four major regions: German South-West Africa (present day Namibia), German East Africa - comprising Tanganyika, Ruanda-Urundi and Wituland - and the territories of Cameroon and Togoland in the west. Portugal strengthened its hold on Angola in the west and Mozambique in the east.

xxxxxOutwardly, the Berlin Conference was convened by the German Chancellor Otto von Bismarck in 1884 to settle a dispute which had arisen over claims to the Congo in central Africa. Leopold II, king of the Belgians, as we shall see (1885), was anxious to take personal charge of this vast region, but two other nations, France and Portugal, laid claims to parts of this area. After some wrangling, Leopold was granted a huge colony named The Congo Free State. This matter resolved, the Conference then turned its attention to the colonisation of Africa as a whole. In addition to the take-over of part of the Congo, region, France had recently seized Tunisia, and the British had virtually taken control of Egypt, and Bismarck was therefore anxious to regulate the “scramble for Africa” so that Germany could obtain “a place in the sun”. Ground rules were produced, and colonisation then began on a large scale. By 1914 more than 90% of the continent was under European control. The native peoples were not consulted and the imposed boundaries of each colony paid no attention to language or tribal affiliation. Four countries gained the most. Britain obtained a swathe of territory from Egypt to South Africa, together with Nigeria, the Gold Coast and other areas in West Africa. France seized vast portions of the western interior, as well as Morocco and Algeria. Germany took control of a number of territories, including present-day Namibia, the Cameroons and Togoland, and coastal areas in the east. Portugal strengthened its hold on Angola and Mozambique. The declared aim of the colonies was to bring civilisation to the native peoples but, in practice, the colonial powers were wholly or mainly bent on exploiting the natural resources of their territory. As a result forced labour was introduced in most areas, together with brutal regimes to maximize profits. The Congo Free State was by far the worst culprit in this respect. Their barbaric system brought international condemnation, and the colony was taken over by the Belgium government in 1908. 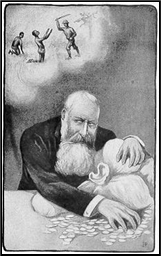 xxxxxAs we shall see, despite Leopold’s promises to bring civilization to the Congo by missionaries and economic development, nothing was done to improve the living conditions of the native people. Once in power in 1885, he embarked on a brutal and systematic campaign of exploitation, carried out by his own private army and the concession companies which he allowed in to control the lucrative trade in ivory and wild rubber. As a result, the colony became a vast labour camp in which torture, mass killing and widespread mutilation were routinely used in order to maximize production. In the early years of the century, however, ugly rumours began to circulate about Leopold’s barbaric regime. Eventually, in 1904 the publication of the Casement Report, initiated by Britain, exposed the atrocities being committed, and four years later the Belgian government was obliged to bow to international pressure and take over the administration of the “Belgian Congo”.

xxxxxBut this brutal system of exploitation, motivated by greed and enforced by terror, was by no means confined to the Congo. Like Leopold, the other colonial powers were also bent on exploiting the riches of their territories, and were often quite prepared to use barbaric methods to achieve their aim. Explorers like David Livingstone might well have been motivated by the three Cs – Commerce, Christianity and Civilisation, but there was a fourth C - Conquest - and this proved a powerful motive. Atrocities against the native population, and the burning of their villages and crops were common place throughout Africa. And Britain, France, Germany and Portugal also abrogated their responsibilities to the people by using concession companies. These kept costs down by means of forced labour and a reign of terror. The extent of cruelty and brutality metered out by the Congo Free State was doubtless exceptional, but the system it employed was also used, albeit in varying degrees, in the other African colonies.

xxxxxSix countries held colonial territories in Asia in 1914 (see map below). Britain was by far the largest landowner, controlling Ceylon (1815), Singapore (1819), Burma (1824), Hong Kong (1841), India (1858), Bhutan (1864), Malaya (1867), Sarawak, Brunei and North Borneo (1888), and Sikkim (1888). France completed the occupation of Indo China - made up of the three Vietnamese regions of Tonkin, Annam and Cochin-China, and Cambodia and Laos - in 1893. The Netherlands started trading in spices on the islands of the Dutch East Indies from the end of the 16th century and began taking control of the archipelago in 1800. The largest islands were Sumatra, Java and Borneo. Portugal, one time an active trading nation in the area - based in Ceylon and Malacca - took possession of the city of Goa (on the south-west coast of India) as early as 1510, and established a trading post at Macao, on the southern coast of China, in 1557. The United States gained control of the Philippine Islands following the defeat of Spain in the Spanish-American War of 1898. Japan was ceded the island of Formosa (Taiwan) in 1895, following victory in the First Sino-Japanese War, and in 1905 gained the peninsula of Korea and the southern half of the island of Sakhalin after defeating Russia in the Russo-Japanese War. 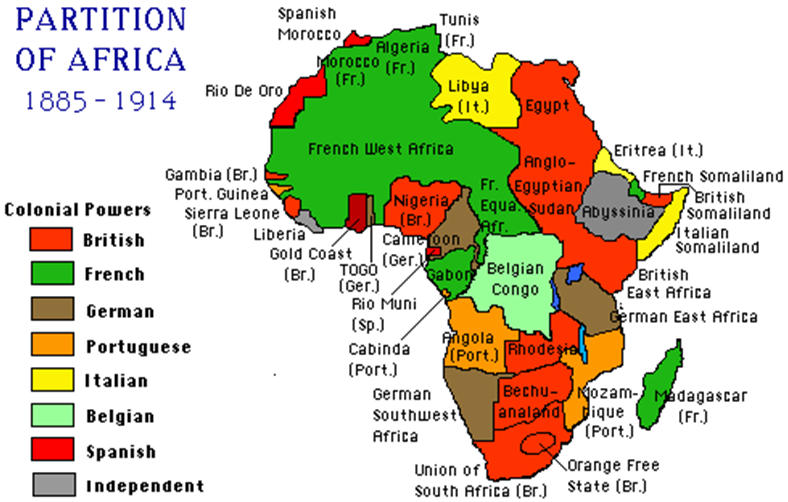 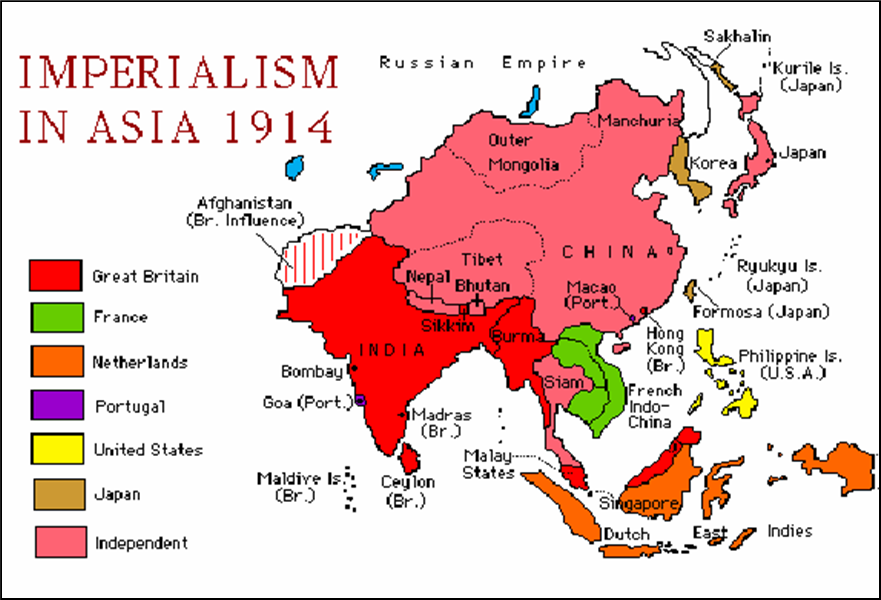