xxxxxThe Irish philosopher and clergyman George Berkeley read Descartes, Locke, Hobbes, Boyle and Newton while studying divinity at Trinity College, Dublin. His philosophy is contained in his The Principles of Human Knowledge of 1710, and his The Three Dialogues Between Hylas and Philonous, published three years later. In these he developed his dictum esse est percipi - to exist is to be perceived - arguing that all that was seen was made possible by an all-seeing God. All we saw and felt, therefore, was “an effect of God’s power”. Thus he was, like Locke (and Hume to come), one of Britain’s greatest empiricists, holding that experience was the only source of knowledge. He was ordained a priest in 1710 and lived in America for three years, 1728-31, developing education at Yale and Columbia. On his return he was made bishop of Cloyne, becoming deeply involved in the social and economic problems of Ireland, as described in his work The Querist, completed in 1737. He also wrote on religion, politics and mathematics, and his De Motu rejected Newton's theory on absolute space, time and motion. He was a friend of Jonathan Swift and Richard Steele, and acquainted with Joseph Addison and Alexander Pope. 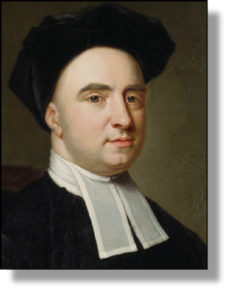 xxxxxThe Irish philosopher and clergyman George Berkeley was born at or somewhere near Dysart Castle in county Kilkenny. He studied divinity at Trinity College, Dublin, and while there immersed himself in the ideas of the great thinkers, Descartes, Locke, Hobbes, Boyle and Newton. He graduated in 1704, stayed on as a fellow and, six years later, 1710, published his The Principles of Human Knowledge. This was followed in 1713 by a more popular version, entitled The Three Dialogues Between Hylas and Philonous.

xxxxxIn these works he outlined his philosophy, arguing that matter cannot be seen as existing independent of the mind. Objects that are seen, therefore, are simply collections of ideas and sensations. In brief, his doctrine could be broadly summarised in the dictum

esse est percipi - to exist is to be perceived. And the fact that things were apparently seen to exist and to continue to exist was made possible by the all-seeing mind of a supreme being. God it was who continually created perception in the human mind. And this God had to exist for the simple reason that ideas existed in addition to those perceived by the human mind, and these must therefore be a product of an infinite mind, a mind which was able to perceive everything. Indeed, all that we see and feel was "an effect of God's power". This exposition, influenced in large measure by the writings of the French philosopher Nicolas Malebranche, achieved Berkeley's main aim - the philosophical challenge to scepticism and atheism.

xxxxxHe was, with the Englishman John Locke - and with the Scotsman David Hume to come - one of Britain's greatest empiricists - holding the belief that experience was the only source of knowledge. In certain aspects, however, he differed from Locke's philosophy. Locke held that human knowledge depended on there being material objects which were independent of mind or ideas. It was only sense qualities, such as taste and colour, which depended upon the mind. Berkeley, however, held that nothing could exist except in the mind. It is because of this concept - often described as subjective idealism - that Berkeley is generally regarded as the founder of the modern school of idealism. It must be said that, in his time, this subjective idealism gained few adherents. 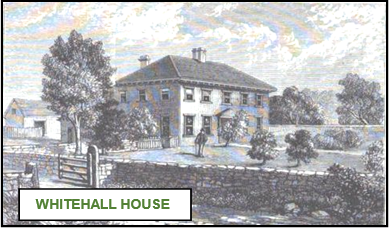 xxxxxIn 1709 he was made a deacon in the Anglican Church of Ireland, and ordained a priest the following year. He then spent some time travelling in Italy as a chaplain and tutor, and, by his return in 1720, had become widely recognised, by his writings, as a man of considerable learning. He married in 1728, and then went to America, setting up home at Newport, Rhode Island (illustrated). From here he hoped to found a missionary college in Bermuda for the education of young Indians, but the idea had eventually to be abandoned through lack of funds. He stayed in America for three years and, during this time, played a prominent part in the development of education, notably in the universities of Yale and Columbia.

xxxxxHe returned to London in October 1731, and in 1734 was made bishop of Cloyne in Ireland. Here he became deeply involved in the immense social and economic problems besetting the island at this time. To this period belongs his three-part treatise entitled The Querist (1735-7), a work dealing with basic economics, and questioning the relevance of such matters on the abject poverty within Ireland. In 1752 he and his family went to live in Oxford, and it is here that he died and was buried in Christ Church Chapel.

xxxxxBerkeley was a prolific writer over a wide field of interest. Only a cross-section of his output can be covered here. One of his earliest works, New Theory of Vision, published in 1709, discussed the problems associated with sight and touch. He wrote two major political works, Passive Obedience of 1712, and Advice to the Tories Who Have Taken the Oath in 1715, the latter being a denunciation of the Jacobite Rebellion of that year. In 1721 his De Motu rejected Newton's theory on absolute space, time and motion. His Alciphron or the Minute Philosopher, written in 1732, was a powerful defence of Christianity. On the subject of mathematics he wrote The Analyst, or a Discourse Addressed to an Infidel Mathematician, published in 1734, and A Defence of Free-Thinking in Mathematics a year later.

xxxxxBerkeley was highly regarded in the literary world. The Anglo-Irish author Jonathan Swift, when dean of St. Patrick's Cathedral in Dublin, presented him at court, and, as a friend of the essayist Richard Steele, he contributed a number of essays to The Guardian. He was also acquainted with the dramatist Joseph Addison and the poet Alexander Pope, both of whom admired him as a man and a writer.