xxxxxThe German organist and composer Johann Sebastian Bach was one of the most productive and skilful musicians of all time. Apart from the Brandenburg Concertos, produced in 1721, he wrote concertos for keyboard, violin and oboe, four orchestral and six violin suites, many sonatas and six cello suites. To this must be added toccatas and fugues, choral music and songs, and keyboard music for the organ and harpsichord. He took up a number of appointments, and travelled widely in Germany, but he spent the last 27 years of his life in Leipzig. His music possessed great strength, rare beauty and a deep love and understanding of humanity, but an appreciation of his work was not reawakened until a performance of his Passion of St. Matthew was arranged by the German composer Felix Mendelssohn in 1829. He is known today for his Christmas and Easter Oratorios, and his Passions of St. John and St. Matthew but, in addition to his Brandenburg Concertos, his best loved works include the chorale Jesu, Joy of Man's Desiring, the secular cantata Where Sheep May Safely Graze, and Air on a G String, from his Suite No.3 in D major. During his career he gained wide fame as an organist virtuoso. 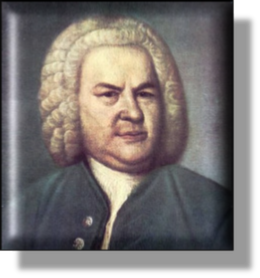 xxxxxJohann Sebastian Bach, the German organist and composer, was one of the most productive and skilful musicians in the history of western music. Apart from the six Brandenburg Concertos produced in 1721, he wrote other concertos for keyboard, violin and oboe, four orchestral and six violin suites, numerous sonatas for a variety of instruments, and six unaccompanied cello suites. In addition, he composed toccatas and fugues, fantasias, choral music and songs, as well as keyboard music for the organ and harpsichord. Nor was his high rate of production confined to music. From two marriages he had twenty children, though, sadly, five did not survive beyond infancy.

xxxxxHe was born at Eisenach, Thuringia, in central Germany, and was the member of a family whose musical talent stretched back for seven generations or more. He received his first musical instruction from his father, Johann Ambrosius, a town musician, and then went to live and study with his brother Johann Christoph, an organist at Ohrdruf. His musical career began in 1700, at the age of 15, when he became a chorister at Saint Michael's Church in Luneburg. Then,xafter a short spell at the court of Prince Johann Ernst of Weimar, he was appointed organist at the Neukirche in Arnstadt in 1703. It was while there that he was given a little time to study under the German organist and composer Dietrich Buxtehude (c1637-1707) - then living at Lubeck -, a period of tuition which greatly influenced his subsequent composition. Indeed, on his return to Arnstadt, the congregation complained about the elaborate additions he made to his playing, and he felt obliged to look for another job! 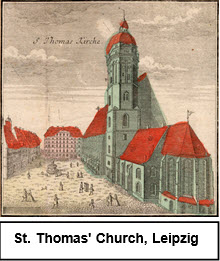 xxxxxIn 1707, after a brief spell as a church organist at Mulhausen - where, it seems, he soon fell out with the pastor - he went back to Weimar and stayed there for nine years, employed as an organist and violinist at the court of Duke Wilhelm Ernst. It was during this period that he composed some thirty cantatas, and wrote a great deal for the organ and the harpsichord. He was also spared the time to travel around Germany, gaining widespread fame as an organist virtuoso. However, annoyed that he had not been rewarded with the post of music director, and having already secured another position, he made clear his feelings in no uncertain terms and was imprisoned for a month by the Duke!

xxxxxIn 1717 he was appointed chapel master and director of chamber music at the court of Prince Leopold of Anhalt-Kothen. Here he wrote mostly secular music - chamber and orchestral - and produced or completed a number of brilliant musical textbooks with which to instruct his wife and children. These included the Well Tempered Clavier and The Little Organ Book. And it was while at Kothen that, in March 1721, he completed his Brandenburg Concertos, commissioned by the Margrave (Marquis) of Brandenburg. Two years later he moved to Leipzig and it was there that he spent the rest of his life. 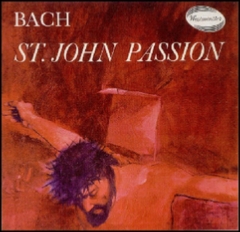 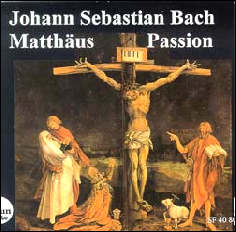 xxxxxHis long stay at Leipzig, where he was choirmaster and musical director of St. Thomas' church and its associated school, was not always a happy one, especially in the later years. He often complained that he was overworked and underpaid. Apart from other works, he was required to compose a new cantata every week! Furthermore, it would seem that his rare talent was not always appreciated, and his style became increasingly regarded as outmoded. The work of younger composers was seen as less florid, moving towards an elegant and classical simplicity. To this period, however, belong works which have since come to be recognised as masterpieces of his technical and artistic ability. These include his sacred music, such as his Christmas and Easter Oratorios of 1734 and 1736, his Passions of St. John and St. Matthew, and his monumental Mass in B Minor of 1749. His work for the keyboard contained his Italian Concerto, performed in 1735, and his Goldberg Variations, written in 1742. In 1747, after playing in front of Frederick the Great of Prussia, he wrote his Musical Offering, based on a theme submitted by the king himself.

xxxxxTowards the end of his life Bach's eyesight began to fail, and it would seem that it was an unsuccessful operation to help restore it that was the cause of his death in 1750. For the next 80 years his music was generally neglected, only recognised for its worth by such discerning musicians as Wolfgang Amadeus Mozart and Ludwig van Beethoven. In fact, it was not until 1829, following a centenary performance of his Passion of St Matthew, arranged and conducted by the German composer Felix Mendelssohn, that interest in his work was re-awakened and his wide-ranging musical talent given a fresh hearing. 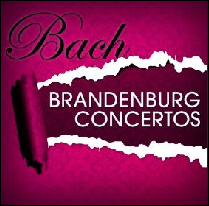 xxxxxMore than 1,000 of Bach's compositions have survived and, fortunately, they embrace a cross-section of his extensive musical repertoire. Nonetheless, it is estimated that of his cantata series - which made up a significant proportion of his work - over a third of the sacred ones have been lost, and more than half of the secular ones. Furthermore, it is believed that he composed five Passion settings, and only two of these are extant. His music represents the high point of the baroque era, which began in 1600 and ended with his death. As a composer, he is particularly well known for his many sacred cantatas and for the development of the fugue, a piece containing interwoven melodies. As a musical technician, he was regarded in his day - and has been ever since - as the supreme master of counterpoint (note pitted against note), a technique which provides the simultaneous combination of two or more melodies. But his remarkable technical skill aside, his music possesses great strength, rare beauty, and a deep love and understanding of humanity. Apart from his Brandenburg Concertos, among his best loved works are the chorale Jesu, Joy of Man's Desiring, the secular cantata Where Sheep May Safely Graze, and the so-called Air on a G String, a piece for violin and piano taken from the second movement of his Suite No.3 in D major.

xxxxxIncidentally, when Dietrich Buxtehude, whose work had such an influence on Bach, was organist at Marienkirche in Lubeck, he instituted his annual Abendmusiken, a number of evening concerts held just before Christmas. The story goes that in 1705, at the age of 20, the young Bach, having been granted a month off, walked 320 kilometres (about 198 miles) to hear Buxtehude play in the concerts. He then over stayed his leave of absence, much to the annoyance of his church council at Arnstadt! ……

xxxxx...... One of his many cantatas, known as the Coffee Contata, celebrates the pleasure of drinking coffee, then becoming a fashionable pastime for those who could afford it. Cantata, from the Italian cantare (meaning “to sing”) was simply a composition for voices and instruments. 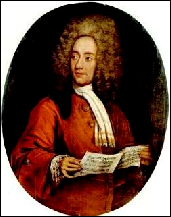 xxxxxBachxmuch admired the works of the contemporary Italian composer Tomaso Albinoni (1671-1751), and wrote at least two fugues on his musical themes. Born in Venice, Albinoni was at the centre of the musical pioneering of the period. He produced some 50 operas and a wealth of concertos and sonatas, many noted for their light, ethereal touch. About half of his operas were composed in Venice, and the remainder were written in cities across Italy, such as Genoa, Bologna, Mantua and Naples. 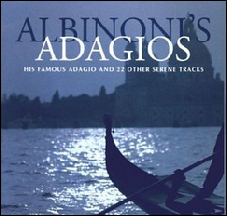 xxxxxInstrumentally, he contributed to the establishment and style of the concerto, and he was one of the first composers to use the oboe as a solo instrument, both in concertos and in his chamber music. His works - possibly near to 300 in total - included his opera Griselda of 1703, twelve concertos in 1722, and six violin sonatas in 1740. In the mid-1940s a fragment of his Adagio in G minor for Organ and Strings was discovered by an Italian music critic and composer named Remo Giazotto. He completed the work in Albinoni’s melodious style and also wrote a biography of the Venetian composer. 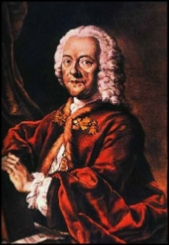 xxxxxAnd also worthy of mention here is the German composer and organist Georg Telemann (1681-1767). He was born in Magdeburg, then in Prussia, and during his career became a close friend of Bach and godfather to his son Carl Philipp Emanuel. Self taught in music, the number of his compositions was phenomenal, and included cantatas, numerous concertos, solo works for the organ and harpsichord, some 600 orchestral suites, 40 operas and a vast amount of chamber music. He held a number of important appointments, and travelled widely in Germany, and he spent the latter half of his life as Hamburg’s musical director. Handel was a great admirer of his compositions. His music, though sometimes lacking in depth, was well received in his day, and became widely appreciated when rediscovered in the 1930s.